FOUR THINGS YOU CAN DO FOR THE AMAZON

This unique and irreplaceable natural treasure has been burning for more than two Weeks. The fires add to the historical pressures the Amazon jungle has suffered and increases the risk of one of the most biodiverse places in the planet changes to the point where there is little we can do to preserve it. Your help is vital. 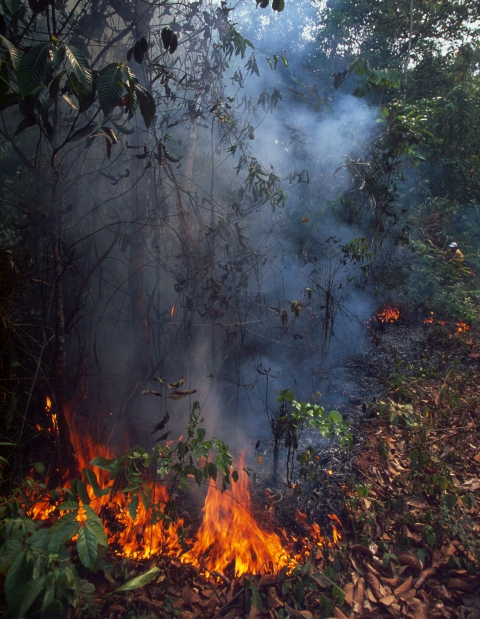 Faced the ecological devastation, WWF calls on the countries of the region - Brazil, Bolivia, Colombia, Peru, Ecuador, Venezuela, Guyana and Suriname - to protect the Amazon, fight deforestation and reduce the causes behind these fires. Keep reading... 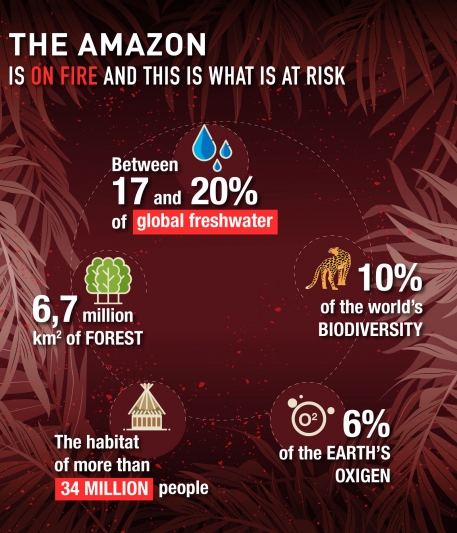 The Amazon burns with more intensity for more than two weeks. The fires have severely affected the livelihoods of small local producers and indigenous peoples, and endangered thousands of species of animals and plants that live in these forests; We cannot forget that this region is home to at least 10% of the known biodiversity on the planet. However, this is not the only threat the Amazon biome faces.

The high rate of deforestation due to the expansion of agriculture and livestock, the growing mining concessions and the construction of hydropower dams which alter natural cycles and put at serious risk species such as river dolphins and migratory fish - are some of the multiple pressures that put the world's largest tropical forest at risk, as well as the natural services and benefits they provide to us and the integrity of the more than 34 million people living in the Amazon. More info here More info here. 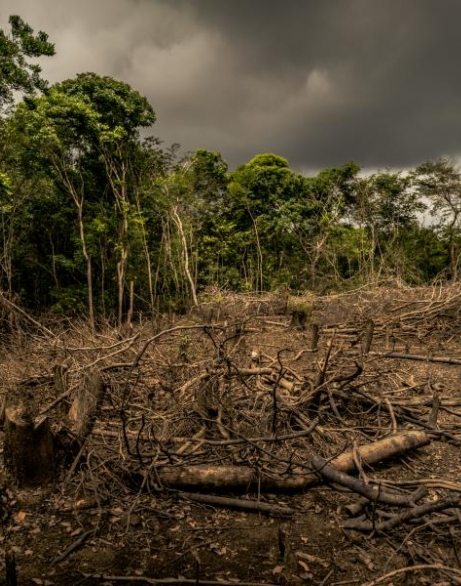 Include more vegetarian options in your diet and choose products that are not associated with deforestation. Some proposals to start:

4. Use your social power

We all reject what is happening in the Amazon, but we need to add our voice and spread the message. Therefore, share everything you can on social media networks. Talk with your friends and family about it. It is up to everyone to make this socially, economically and politically unacceptable, and contribute to prevent it from happening again in the future.

The more voices we have, the louder our call for urgent action will be. Together let's say the Amazon matters.

The Amazon is a unique and irreplaceable ecosystem. It is the largest tropical forest and most extensive river system on the planet.10% of the world's species inhabit its 6.7 million km2 of forest that span through nine countries in the region. The Amazon is key to human well-being. It provides innumerable ecosystem services such as regulating the planet's climate and hydrological cycle that sustains the region’s and the world’s food security, water and energy. This natural treasure is home to 34 million people, including more than 350 indigenous groups, some of which are in voluntary isolation.

Despite its value, this ecosystem is facing its deepest threat in history. The fires that continue to spread today in Brazil, Bolivia and nearby regions represent an unprecedented crisis in social, economic and environmental terms. Historically, fires in the Amazon have been linked to deforestation due to the expansion of agricultural activity and this case is no exception.

We need urgent actions to protect the Amazon and do everything possible to prevent such disasters. For this reason, we urgently call on the governments of the nine countries that make up the Amazon biome to immediately take the following actions:

1. Declare an environmental and social emergency in the Amazon.

2. Take the necessary measures to stop the fires from spreading with international support.

3. Take actions to restore natural ecosystems and watersheds that have been devastated.

4. Increase the ambition of national goals to stop deforestation and strengthen the means of implementation.

6. Implement Zero Deforestation Commitments in the agricultural and forestry product value chains, with an emphasis on livestock and soybeans.

8. Ensure the effective governance, management and protection of indigenous territories and protected areas.

9. Adopt a vision for long-term sustainable development that strengthens land use and planning for the Amazon biome, within the framework of existing initiatives and alliances.

10. Support a New Deal for Nature and People in 2020 to face the current planetary crisis and position nature at the top of the international political agenda.